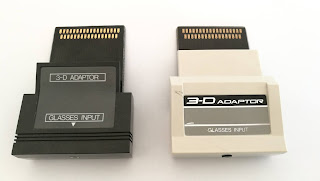 I have had the 3D Adaptor for the Master System for a while now along with a pair of 3rd party glasses. Testing out the 3D using the 3rd party glasses never seemed to work quite right so I decided to get a pair of the official 3D glasses. Looking on eBay the cheapest glasses I found (including shipping) came with the 3D adaptor for the Mark III. Having a look into whether or not the glasses would be compatible or not with the Master System I didn't find much about the Mark III's 3D abilities any where. So I decided to chance it anyway.

After a few weeks they arrived from Japan I tested out the glasses and they were an improvement over the 3rd party pair I had. Not perfect but they seemed to work better in some games. 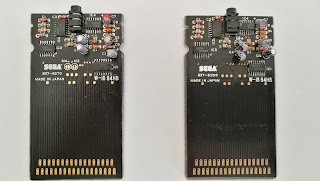