The Nintendo 64 Controller PAK used to store save games and settings uses a battery backed SRAM. This means that it has a limited lift span depending on the quality of the CR2032 battery, once the battery is dead all data is lost. Luckily the SRAM chip can be replaced with a non-volatile FRAM alternative. 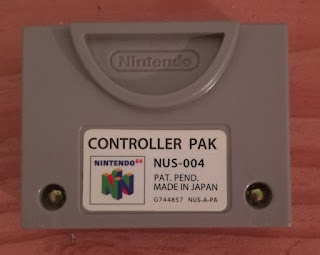 As with my other mods that I have performed I sourced some parts from AliExpress. These chips are a drop in replacement of the SRAM chip found inside the controller PAK

The first thing to do once opening the PAK is to remove the CR2032 battery. Make sure to back up any saves onto another device as they will be deleted as soon as the battery is disconnected. 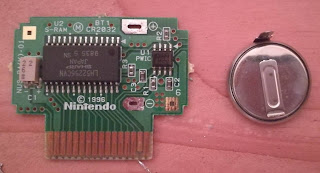 Removing the chip can be tricky if you don't have the correct tools. Ideally you would use a hot air reflow station but I do not have one. I ended up snipping the legs of the chip and then cleaning up the legs with the chip gone. 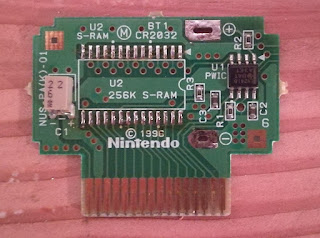 Once the SRAM chip was removed, it was just a matter of dropping in the replacement FRAM chip and soldering it in place. Making sure not to bridge any of the legs. If you do, use a bit of solder wick to clean it up. 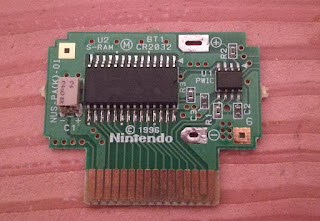 The pitch of the chip isn't too bad to solder on, make sure to use flux to make it easier.

Because the Nintendo 64 doesn't come with a memory card manager you need to use a game that provides one. In my case I used Perfect Dark. The first time it tries to access the Controller PAK it will say that it is damaged or corrupt. This is normal and select the Attempt Repair option.

If it successfully repairs the Controller PAK you can now use it to save your games without the worry of the battery running out. 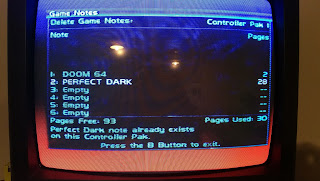 Update: It has been reported that the Controller PAK can be a bit unstable with the FRAM mod. If you this is the case for your FRAM mod it could be due to the Nintendo 64 thinking that the Controller PAK battery is flat (because it is removed) so it will not allow saving. A solution to this is discussed on Forty-two's blog where the positive pad for the battery is supplied 3.3v. This can be done by connecting pin 28 of the FRAM chip to the positive pad of the battery. 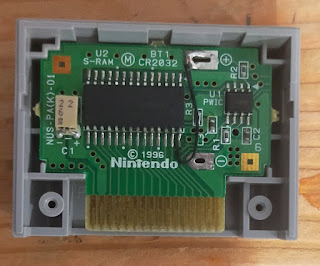