After repairing my Samsung monitor I looked for something else to work on and decided to have a go at seeing if I could pick up a faulty Sega Game Gear for a cheap price. Looking on eBay I found a listing by japan_4_you that was $9.73 plus shipping. The Game Gear was listed as not working and didn't have a the lens cover. 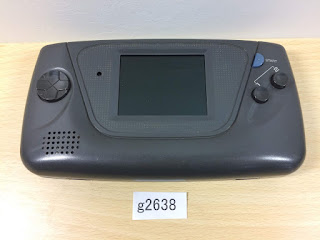 After a week or so the Game Gear arrived. Of course the first thing I tried was to see if it would power up, there was a bit of rust/corrosion on the battery terminals but I have a USB to Game Gear power adapter which I used instead. The screen didn't turn on (besides the back light) but the power LED lit up and I could faintly hear music coming from the speaker. A good sign!

I have replaced the capacitors in a Game Gear a couple of times already along with installing a McWill LCD in another Game Gear, which by the way if you can afford it I highly recommend doing. The difference is night and day. Opening up the Game Gear, it didn't look too bad, a bit of corrosion on some of the capacitors but it doesn't look like any of it had leaked and caused damage. 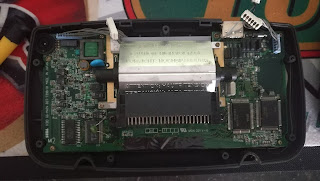 I had a look around to see if I had the right capacitors already that I could replace them with. I did have the correct ones to replace most of them on the power board, all capacitors on the sound board plus a couple on the main board. 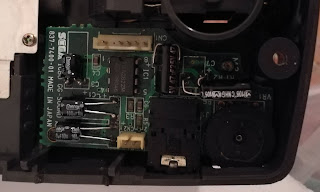 With the capacitors I was able to replace with what I had on hand I powered up the Game Gear. This time I could hear the music of Sonic 2 very clearly and if I looked at the LCD at a certain angle I was able to make out some of the game itself. Another excellent sign!

I ordered a capacitor replacement kit from eBay so I could replace the remaining capacitors. I also had to replace a couple I had already put in as they were a bit too large and I was not able to put the Game Gear back together. 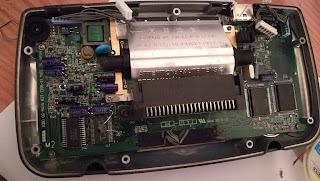 The moment of truth... it worked! There is a slightly darker section on the right hand side about 1/3 of the screen but other than that it worked perfectly. I cleaned up the battery terminals and tested it out on batteries, no problem. I had a spare Game Gear shell that I used for the front as it had the lens cover. There are plenty of replacements that can be found on AliExpress or eBay (I can recommend the glass ones) but I wanted to use what I had lying around.

I thought that since I had a heap of LEDs lying around I decided I would replace the power LED with a different colour. I originally went with blue to match Sega's colours but it was far too bright. There wasn't any room to add a resistor so that it could be dimmed a bit so I used a low intensity green LED instead. 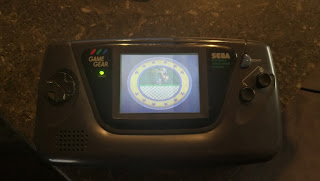