Zero Tolerance is first person shooter for the Sega Mega Drive that supported multiplayer via a system link cable. However this system link cable is rare and difficult to find as it was sold separately. 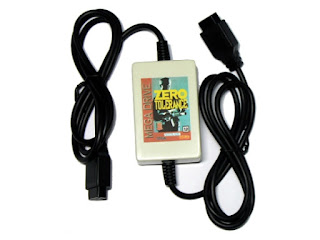 Fortunately there is no special components or microchips required to build the link cable. It is a direct connection between both player two ports on the Sega Mega Drives with Pin 7 and Pin 8 crossing over 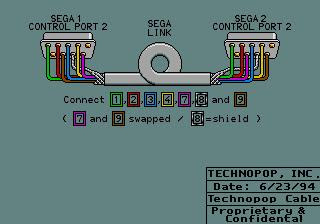 Must of the tutorials on how to make your own cable involve pulling a part two Mega Drive controllers, with the examples being official controllers. I happened to have two knock off controllers from AliExpress that only cost a couple of dollars each. As an alternative you could use two extension cables instead.

Opening them up I found that the boards were a different colour but luckily all the wiring is the same and used the same colours.

Now I just need to join the colours together while making sure to cross pins 7 and 9 (white and blue). I used a bit of heat shrink to cover the joins. 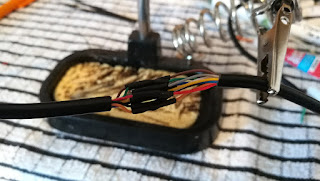 I had some extra cable around where I took the outer covering off and slid it over the join. Finishing it with some black heat shrink. 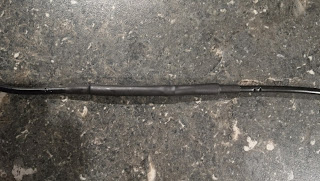